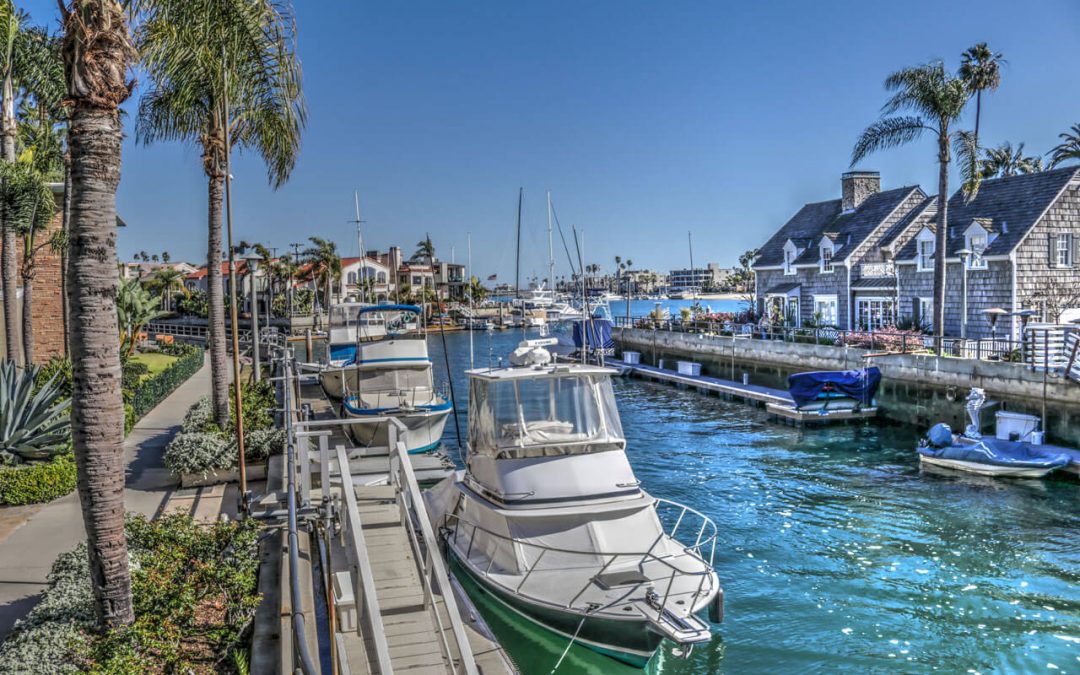 Created in the early 1900s, the Naples neighborhood consists of three islands located in Alamitos Bay at the mouth of the San Gabriel River. Divided by canals that open into the bay, most of the streets have Italian names. The Colonnade Park features a fountain whose name has changed many times since it was first created. Originally called “Circle Park Naples” in 1933, it was renamed a year later and known as “Bella Flora Park.” Then, it 1971, it received the moniker that remains current, “La Bella Fontana di Napoli.”

Walk the bayfront sidewalks for a number of beautiful views of the water and elegant homes. One of the most popular times to stroll the area is during the Christmas season when many houses decorate with elaborate lights and the Naples Island Holiday Boat Parade, first held in 1946, features groups of decorated boats that make their way through the canals, around Alamitos Bay and past Belmont Shore.