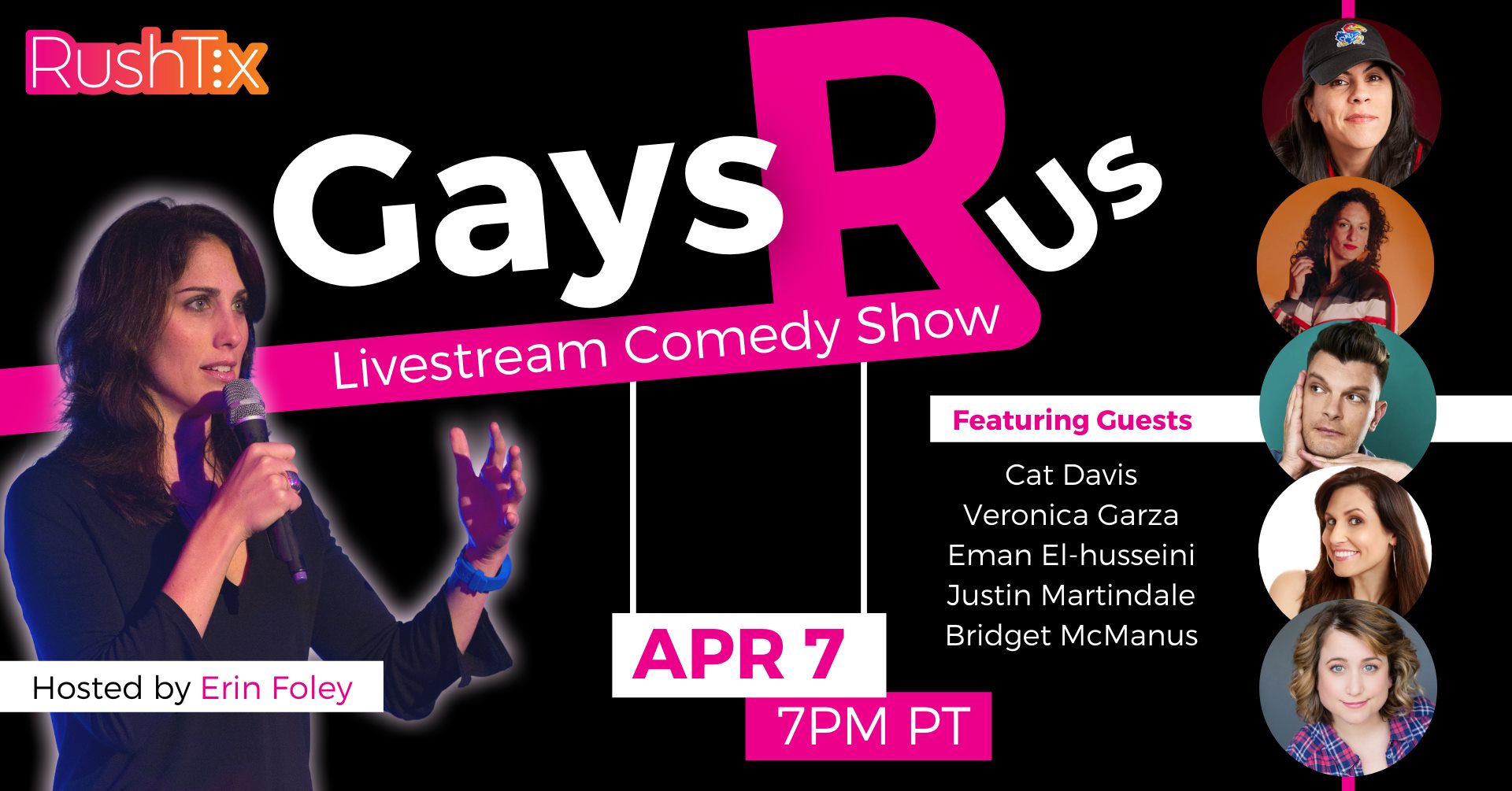 A monthly comedy show featuring some of the hottest lesbian, gay, bisexual, transgender, queer, and straight comics across the country.

Created by national headlining comic Erin Foley and featuring comedians with countless appearances on Showtime, Comedy Central and HBO. Gays R Us reminds us that life is funny, no matter who you are. So iron your gay slacks and straight blouses and come on out!

About Erin Foley
As a seasoned comedian, Erin has her own Comedy Central Presents, appeared on Conan O’Brien, @Midnight and Chelsea Lately. She has performed at the Montreal Comedy Festival, San Francisco Sketch Fest and Moontower Comedy Festival. Her successful comedic podcast Sports Without Balls, provides a platform for women in sports. As a writer, Foley has contributed to NPR’s Live From Here, NBC’s One Big Happy & Pop TV’s One Day at a Time.

Live Studio Audience
This show will have a live studio audience so you will hear real laughter and reactions from a group of people selected from ticket buyers. Live laughter is what comedy is all about. It’s a special part of the RushTix experience.
All ticket holders can watch the show for 48 hours after the livestream broadcast.

18+ Event: Parental guidance is advised for ages 13 to 17. Not recommended for ages 12 and under.