Greg Antista & the Lonely and the Black Birds LIVE at Elinor 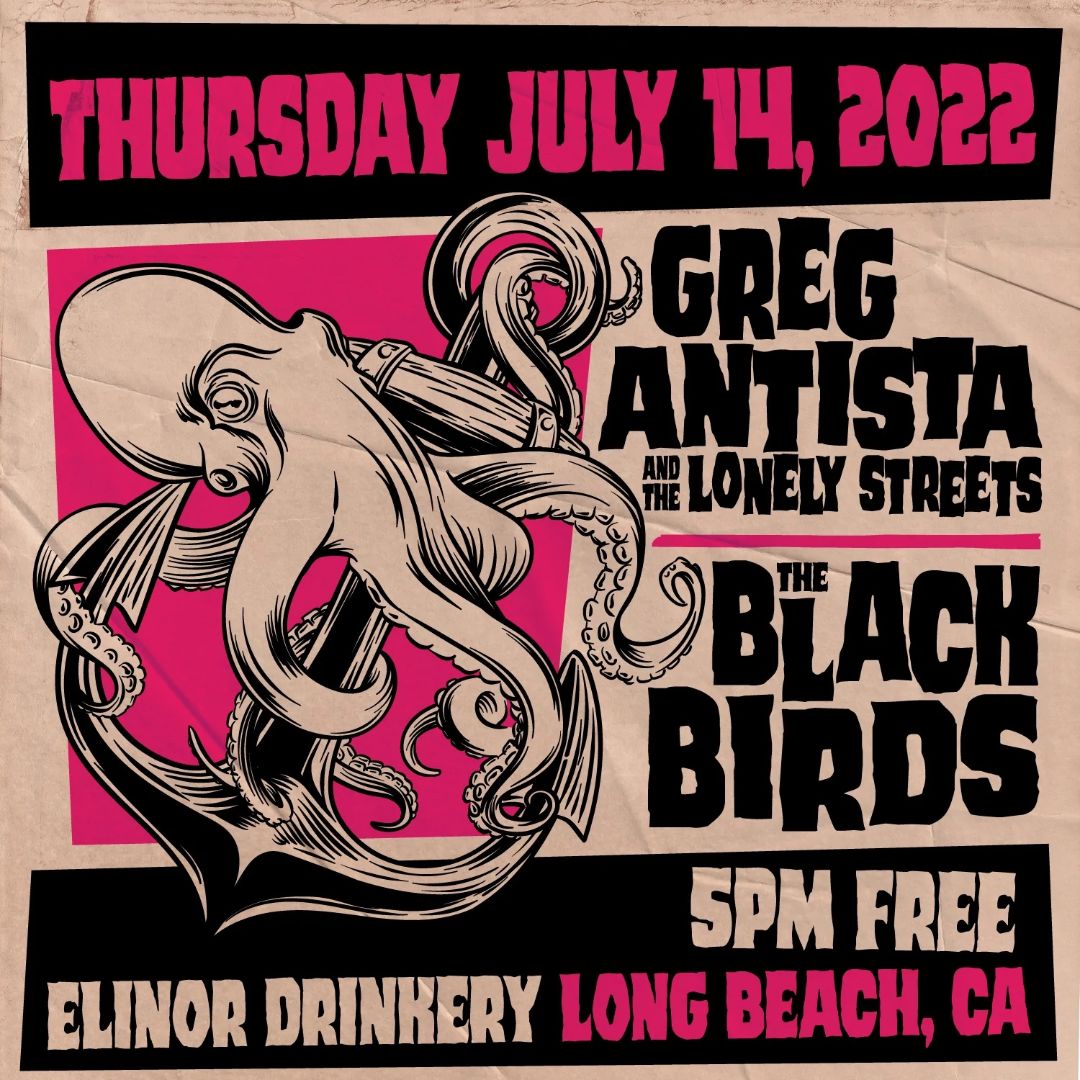 Who is ready for some Rock N Roll?! Join us Thursday, July 14 for great show featuring

Who is ready for some Rock N Roll?!

This is the Black Birds only Southern California date on their summer tour!

Doors are at 5pm and music starts at 7pm.

Enjoy some amazing tunes while you imbibe on your favorite hyper-local and woman-made beer, wine, cider, seltzer, hard booch, and soft drinks.

Often described as proto-punk by people, they are also equally described as just straight forward rock & roll. Their songs are all original but you can hear their decades of influences laced throughout material. Their sound is big and full, yet the drummer doesn’t play gratuitous fills (he doesn’t even use a rack tom), the guitar player (also the lead vocalist) doesn’t play solos in any more than three of their songs, nor does he play through a Marshall half stack, he’s using Fender tube amps, and the bass player keeps the songs driving like a freight train with well thought out melodies that are equal parts Paul McCartney and Dee Dee Ramone.

Greg Antista and the Lonely Streets are a rock ‘n’ roll quartet with deep roots in the Southern California rock scene. New Noise Magazine described them as “A stellar four-piece who play perfectly-crafted three-minute pop songs that owe just as much to Johnny Cash as they do The Adolescents,” while the Morton Report wrote “This band is pulling out all the stops to keep the punk tradition alive, and they do it with enough props to power pop and other rock offshoots that it’s a glorious mix no matter what it’s called.” The band features Greg Antista, Frank Agnew, Warren Renfrow, & Jorge E. Disguster.

THIS SHOW IS FREE