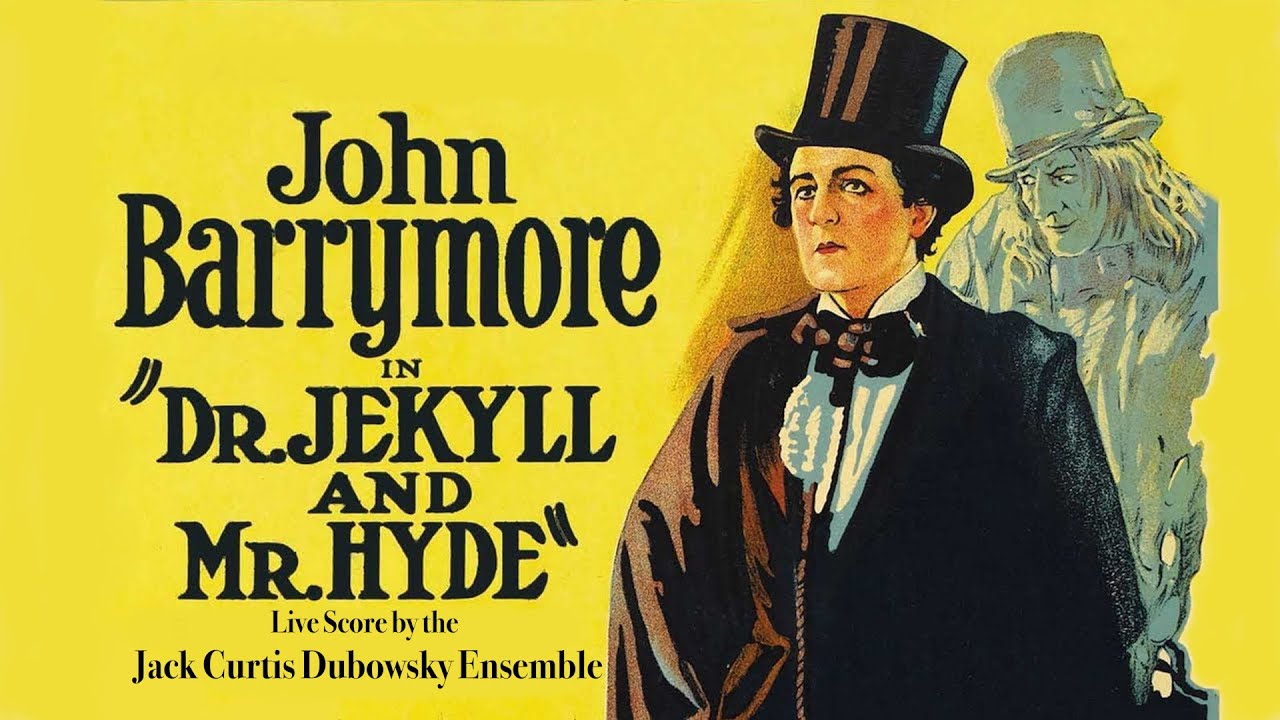 TICKETS: $18 at https://arttheatre.easy-ware-ticketing.com/events (Navigate to the event)

Based upon the 1886 novel by Robert Louis Stevenson, “Dr. Jekyll and Mr. Hyde” explores a psychological journey into the dark side of humankind. A scientific experiment sets up a good doctor’s transformation into a dangerous, hedonist, criminal alter ego. Will he be able to change back, or is it a one-way ticket to darkness? John Barrymore’s astounding acting terrified audiences and made the film a major hit. The American Society of Cinematographers’ landmark “Treasury of Visual Effects” says the film contains “one of the most terrifying moments in silent cinema.” (No spoilers.)

Silent film repertoire includes Nosferatu, The Black Pirate, The Golem, The Phantom Carriage, Sunrise, and Dr Jekyll and Mr Hyde. In 2017 JCDE released ZORRO, an album of highlights of their score to The Mark of Zorro.