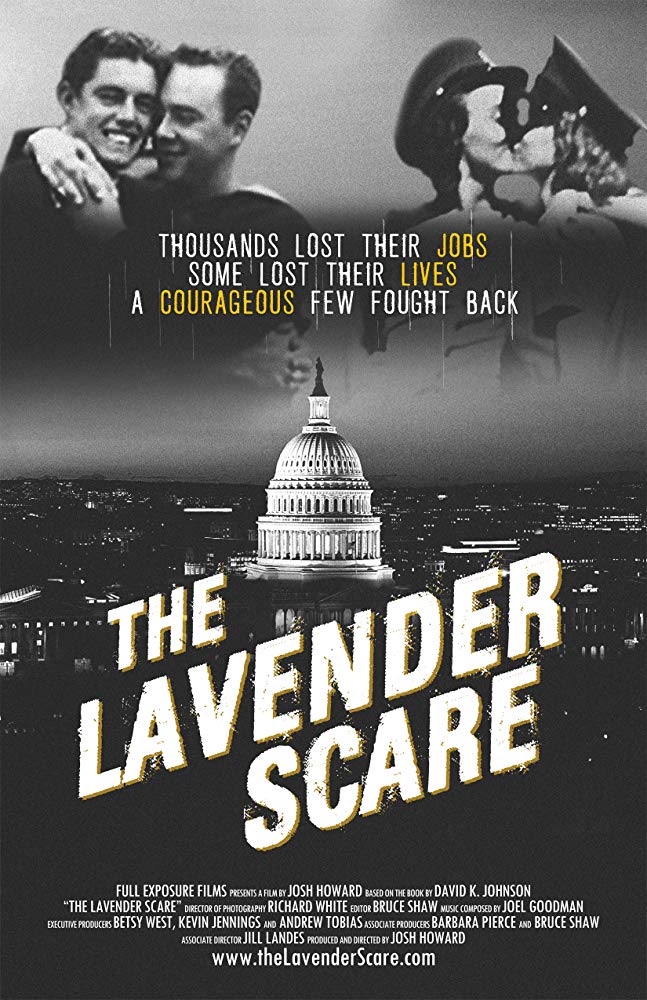 Please join us at the Art Theatre for this important historical documentary: The Lavender Scare. An eye-opening documentary about an important event in our nation’s history. The illuminating documentary covers President Dwight D. Eisenhower’s vow during the Cold War to rid the government of all gay and lesbian employees under the assumption that they were a “security risk” to the United States. Narrated by Academy Award nominee Glenn Close, and with the voice of Zachary Quinto, Cynthia Nixon, T.R. Night, and David Hyde Pierce, THE LAVENDER SCARE depicts a little-known chapter of history that’s incredibly powerful to America’s ongoing fight for civil liberties.