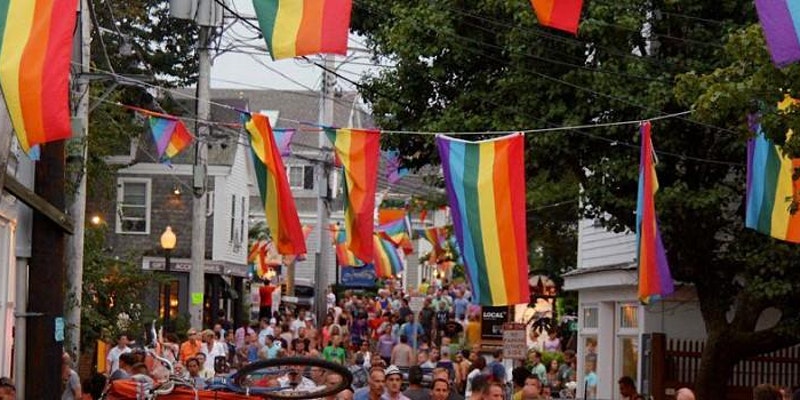 Come learn about Provincetown’s rich history as a center of LGBTQ culture and fun! About this Event Provincetown, a little fishing village at the end of Cape Cod, is also one of

Come learn about Provincetown’s rich history as a center of LGBTQ culture and fun!

Provincetown, a little fishing village at the end of Cape Cod, is also one of the most fabulous LGBTQ resorts in the world. For over a hundred years it has welcomed partiers, artists, lesbian entrepreneurs, gay retirees, and everyone in between.

Smoldering as a burgeoning artists’ colony in the 1890s, the cover on its gay and lesbian social scene was blown off in 1915 when the Bohemians of Greenwich Village made Provincetown their summer headquarters. From that time on, Provincetown has attracted LGBTQ+ people from around the world.

For generations, Provincetown has been known for its artists and writers. Tennessee Williams and Anais Nin wrote here while pursuing adventures in the dunes, nightspots, and in the comfort of friends old and new. Marsden Hartley, Charles De Muth, and Ethel Mars and Maud Squire (inspirations to Gertrude Stein) produced great works of art while helping launch one of the greatest theatre companies in the United States, the Provincetown Players.

Provincetown’s nightlife is legendary. One of the first openly gay bars in the country is the venerable A House. At one point, the Pied Piper was the most profitable lesbian bar in the country. Provincetown has also had a long history of welcoming people who challenge traditional gender roles or are gender non-conforming. Ptown’s drag shows are legendary, and it has been the host of the annual Fantasia Fair since 1975.

Come learn about the history and present of this great LGBTQ resort!