Presenting: So by Peter Gabriel 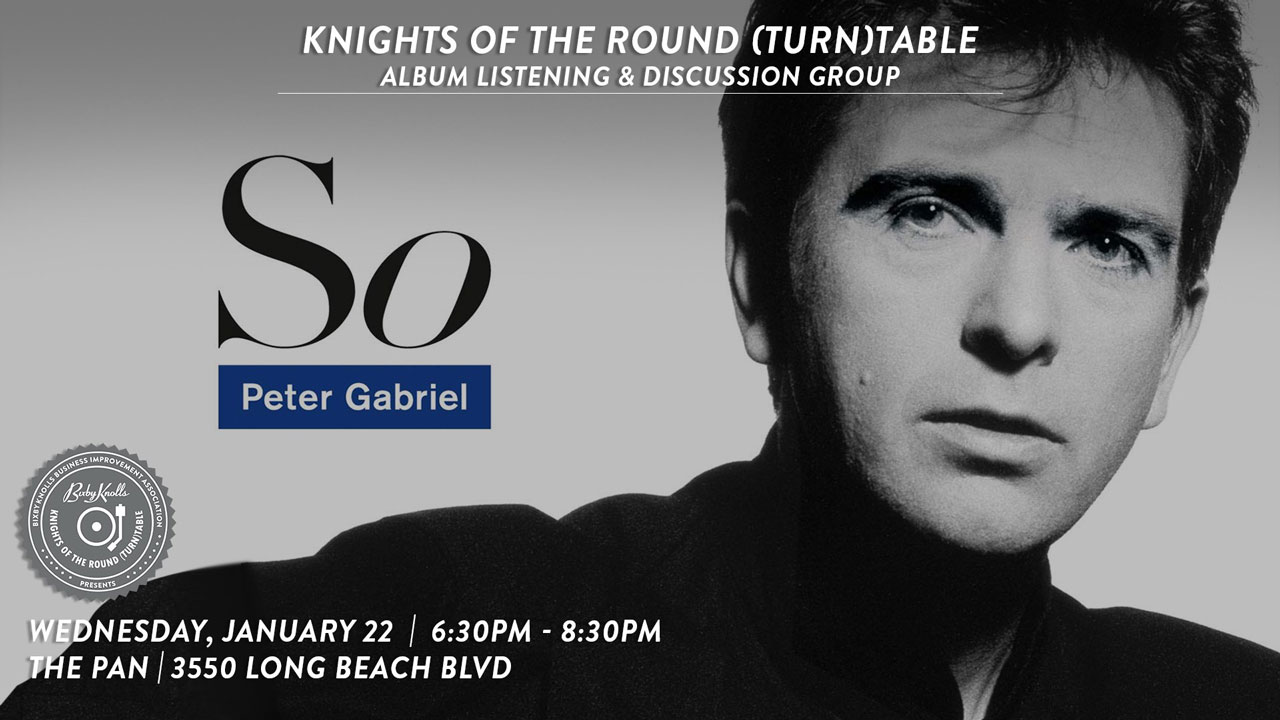 Come to The Pan on Wednesday, January 22nd where we’ll be discussing and listening to Peter Gabriel’s ‘So’! So is the fifth studio album by English singer-songwriter Peter Gabriel, released on

Come to The Pan on Wednesday, January 22nd where we’ll be discussing and listening to Peter Gabriel’s ‘So’!

So is the fifth studio album by English singer-songwriter Peter Gabriel, released on May 19, 1986. It is Gabriel’s first non-eponymous album, So representing an “anti-title” that resulted from label pressure to properly market his music. Often considered his best and most accessible album, So was an immediate commercial success and transformed Gabriel from a cult artist into a mainstream star, becoming his best-selling solo release. The album’s lead single, “Sledgehammer”, was promoted with an innovative animated music video and achieved particular success, reaching number-one on the Billboard Hot 100 and subsequently winning a record of nine MTV Video Music Awards. It was followed by four further singles, “Don’t Give Up” (a duet with Kate Bush), “Big Time”, “In Your Eyes” and “Red Rain”.

The Format: Before we get started, you can fill out an index card with a memory you have of a song on the album which will be read in between songs by the host. The host will share little known details and background about the album will take questions, and will introduce each song. At the end of the night, stick around to fill out another index card with a suggestion for an album in the future.

The Rules: Mobile phone ringers must be off and enjoy yourself! Please use your library voices as to not disturb other attendees.