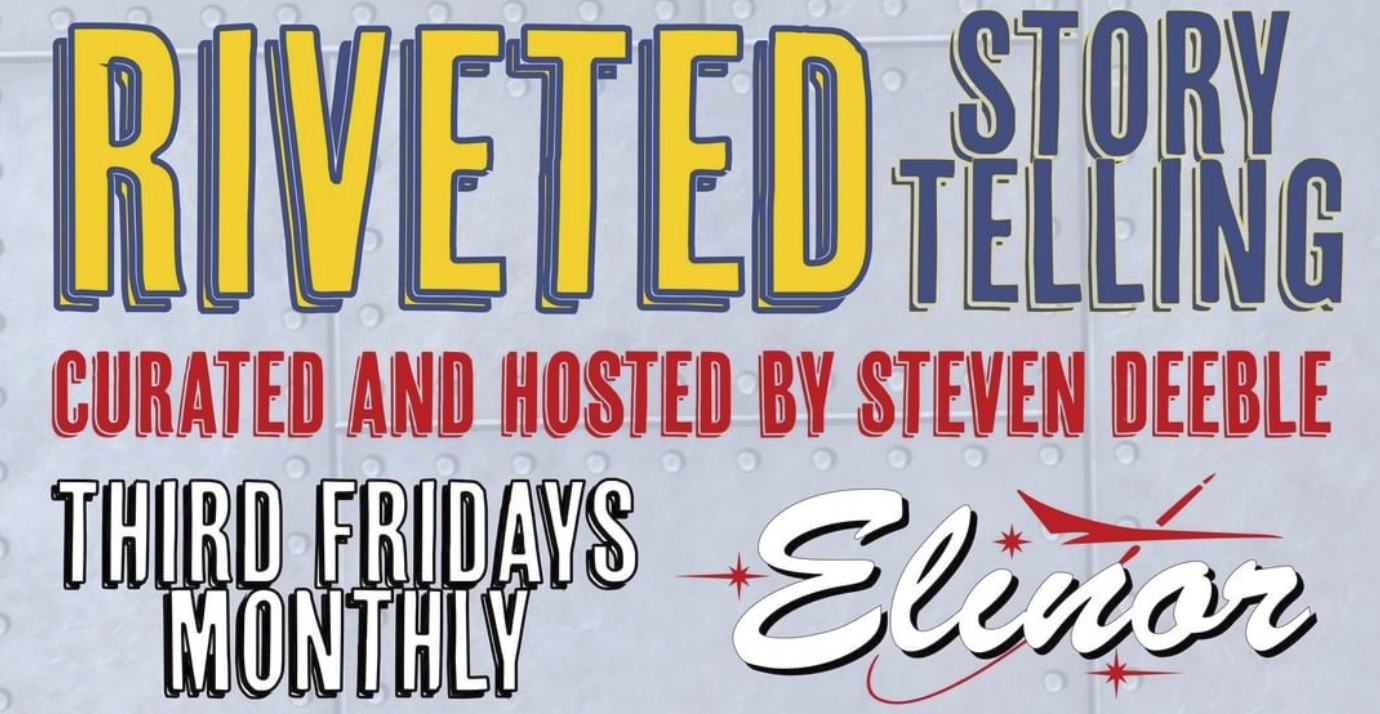 On Friday, June 17 at 7:30pm, Riveted, Elinor’s monthly storytelling series returns! Join us every third Friday at 7:30pm for a new batch of

On Friday, June 17 at 7:30pm, Riveted, Elinor’s monthly storytelling series returns! Join us every third Friday at 7:30pm for a new batch of stories from local storytellers.

This month includes stories from:

Shy But Flyy is a Blues, Jazz, and spoken- word artist currently located in Long Beach CA. Shy started out in the music business in the genres of R & B and Hip-Hop. In addition to her own recordings, she is also featured on many projects by other musicians and composers. Most recently Shy has embraced the Blues – headling to the Uptown Jazz festival, the New Blues Festival, Temecula So Cal Blues Fest, and many festivals in Long Beach. You can catch Shy with her band, “Shy But Flyy and the Allstarz” around town. Shy also hosts an open mic night and performs Wednesdays at Roxanne’s.

Sayon Syprasoeuth is a refugee from Cambodia who came to the US with the help of a Lutheran Church, arriving in Iowa in 1980. He is an artist, activist, and a highly regarded member of the Cambodian community, as well as the city at large. He creates visual art about being a refugee, the Cambodia Town community, and the experience of adapting to life in America through a sometimes humorous and sometimes serious lens.

Vickie Wippel: IG @vicwippelVickie Wippel is a Long Beach-based writer and storyteller. She is thrilled to be back at Elinor for Riveted and can also be seen flapping her gums for Long Beach Community Theater’s Speak Easy storytelling events at DiPiazza’s. Last year, Vickie won Long Beach Searches for the Best Storyteller. Vickie is also a fiction writer. Her work has been published in Saga Literary Journal volumes 5-7. Vickie’s favorite things to do are laugh with her friends and hang out with her three guys- husband Dave, and sons, Nate & Owen.

Katya Duft is a public transit blogger (Tales From the Bus) and a two-time Moth Story Slam winner; frequent participant of storytelling shows and contests in Los Angeles. She is also a linguist fluent in English, Russian, and French, who works in post-production.

Doyle is a storyteller and performer. He loves connecting with people through his stories. He has performed at the Moth in LA and Berkeley, the Long Beach Community Theater, and Long Beach Searches for the Greatest Storyteller. He currently has a solo show, Truth Be Told, in the Hollywood Fringe Festival, performance on June 10th at 8 pm at the Renberg Theater. All are welcome.

Host, and storyteller, Steven Deeble is an author, activist, and filmmaker. He began hosting storytelling events as part of the ‘How I MADE It’ series. He has published a novel, Persistence of Vision, and wrote, produced, and directed three short films, as well as serving as Associate Producer on two independent features. In addition, he has done numerous special programs for the Long Beach Public Library on film and literature.

Get riveted by stories from these locals while you enjoy hyper-local and woman-made beer, wine, cider, hard booch, and soft drinks.